New Year's Eve customs around the world are all unique with each country having their own way of celebrating. The new year superstitions are meant to create good luck, fortune, happiness, and overall a better near future. Maybe it is not a good time for traveling across the border or over the oceans to see these celebrations, but hope you enjoy in this article!

Denmark –  They may not have their own Times Square, but the people of Denmark still gather in masses to celebrate the new year. It's tradition to listen to the Queen's speech and then head over to the Royal Palace in Copenhagen to wait for the clock's chime. It's also customary to shatter unused dishes and plates, as well as climb on top of chairs and literally jump into New Year's Day at midnight to bring good luck.

Estonia – If you want to ensure you don't go hungry make sure you celebrate New Year's Eve in Estonia. Traditionally, people eat seven, nine, or twelve meals a day with the goal of having abundance in the next 365 days. These numbers are considered the luckiest so it's completely encouraged to cheat on your diet and start the new year with an extra pound or two. Rest assured, leaving some food on the plate for ancestral spirits is encouraged.

Ireland – Before getting excited about the new year, people in Ireland make sure to spot clean their entire house. They even go outside and give the same TLC to their garden and cars. When it gets closer to midnight, it's tradition to throw bread at the walls to chase away evil spirits. This is followed by a special dinner where they reminisce about family and close friends who passed away. To honor their loved ones, they leave the door unlatched and set a place at the table.

Scotland – Neighbors visit each other and impart wishes to celebrate Hogmanay. The first person to cross the threshold of a home in the new year should carry in a gift for good luck. However, it's considered most lucky if the "first-footer" is a tall handsome man with dark hair. Meanwhile, the celebration outside involves traditional bagpipes and drums playing. There are also balls made of wire filled with paper and material scraps that are set on fire and tossed into the bay.

Germany – Berlin is home to one of the largest New Year's Eve celebrations in Europe with millions of people showing up each year. It's called Silvester and involves parties, fireworks, and Sekt (German sparkling wine). At home, families melt lead by holding a flame under a tablespoon. They pour it into a bucket of water and the pattern is said to predict the coming year. A heart/ring shape means an upcoming wedding, a ball means luck will roll your way, and a pig means you'll have plenty of food.

Spain – Some people celebrate New Year's Eve with delicious wine. If you're in Spain, however, you will enjoy the grapes before they are fermented. The tradition is to eat 12 grapes one at a time at midnight. Each grape represents one of your wishes, and if you manage to stuff every one into your mouth, all your dreams will come true! Another custom is to wear colored underwear, each representing a different hope for the new year.

Celebrate the holiday during the peak of the summer. In Australia, they celebrate New Year's Eve while the sun is shining bright. Fireworks mark the end of the new year, the most elaborate occurring at midnight in Sydney Harbor. The day is meant for relaxation, visiting family and friends, and if you have time, attending one of the many horse racing carnivals, parades, or summer fairs.

South Africa – In South Africa, they're all about out with the old and in with the new. During New Year's Eve, it's customary to throw old furniture out the window and into the street. This isn't as heavily in practice today, instead being replaced with great firework displays and all-night parties. Cape Town in particular holds a special carnival with singing, dancing, bright clothes, and face paint.

Senegal – New Year's Eve is a joyous occasion, marked by the colorful Le Fanal Festival in Senegal. Lanterns are lit and paraded down the street with drumming and singing. People dress up in elaborate costumes and embrace the music. There is also the annual Abéné Festivalo, a 10-day drumming festival that begins at the end of December and extends all the way to January. Aside from the music, there is also traditional Senegalese wrestling matches.

Mexico – The Año Neuvo is a time of embracing renewal. This is marked by throwing buckets of water out the window and opening the front door to symbolically sweep out the old year. Families toss coins onto the ground and sweep them back into the house to encourage a prosperous future. Meanwhile, they attend decorative parties, parades, and festivals, complete with eye-catching fireworks and the traditional Latin American custom of burning scarecrows.

Canada – People in Canada embrace similar celebrations as their American neighbors. This includes drinks, fireworks, and live music. If you're feeling particularly ambitious, you can also do the polar bear plunge, a tradition that involves going into freezing waters to raise money for charities. Of course, you can always visit Niagara Falls and enjoy the countdown by one of the country's most famous landmarks.

Brazil –Thankfully, the weather in Brazil is nice all year since people love to celebrate New Year's Eve in the water. It's considered good luck if you can jump over seven different waves while making wishes, one for each wave. Additionally, they enjoy fireworks on Rio de Janeiro's shores while eating lentils, which signify wealth. The most popular color to wear is white as it is said to bring good luck and peace. Similar to Años Viejos, they burn life-sized dolls with face masks that represent bad events from the past year.

Chile – New Year's Eve in Chile is meant to honor the dearly departed. Families in Talca spend the night in the company of their deceased loved ones by sleeping at the cemetery. Beforehand, they all gather for an abundant dinner that includes stuffed turkey or some kind of other meat. When it hits midnight, they celebrate with eye-catching fireworks and wear certain colors as is tradition in South America to indicate a hope for the future. For the night, they bring along small snacks and drinks and light fires next to the graves.

Philippines – In the Philippines, they believe everything should be round on New Year's Eve. This represents coins and is said to bring wealth into the future. The celebration includes plenty of noise with horns, music, yelling, blowing whistles, clanging pots and pans, and lighting firecrackers to keep away bad luck and evil spirits. Filipino people also eat traditional pancit noodles and delicacies like malagkit and biko. Before the clock strikes midnight, all the windows and doors, including cabinets, cupboards, and drawers, are left open to allow good luck to enter.

Thailand – Even though it's on the other side of the world, Thailand adopts the same custom of throwing water as in South American countries. However, their tradition also includes smearing each other with gray talc during Songkran. The talc represents the sins of the previous year with the water washing away all wrongdoings. The entire festival lasts for three days and includes lighting candles and incense at shrines. As in other countries, they also play games, eat traditional foods, and spend quality time with family.

China – The Chinese New Year occurs anywhere between late January and the third week of February. Parades of dancing dragons and lions, representing longevity and wealth, weave their way through crowded streets. People throughout the country light plastic firecrackers to create loud noises that scare away evil spirits. Additionally, families give out lucky money to their loved ones. These are put in red envelopes with their family name and good luck messages written in gold.

Japan – New Year's Eve, or Oshogatsu, is marked by all the bells in the country getting rung 108 times. This aligns with the Buddhist belief of bringing cleanliness into the new year. In Japan, the holiday is celebrated with a three-day festival full of games, food, and family. People place kadomatsus (pine branches, bamboo, plum twigs) outside their home, one on either side of the entrance, as a way to welcome good spirits. As in China, children are given otoshidamas which are small gifts or decorated envelopes with money.

Having read New Year's Eve traditions from so many countries, are you ready to start your online romance journey across borders ? Why not give it a try and create your own account on Whispark! Can't resist the charm of A Mature Hot Woman Over Fifty 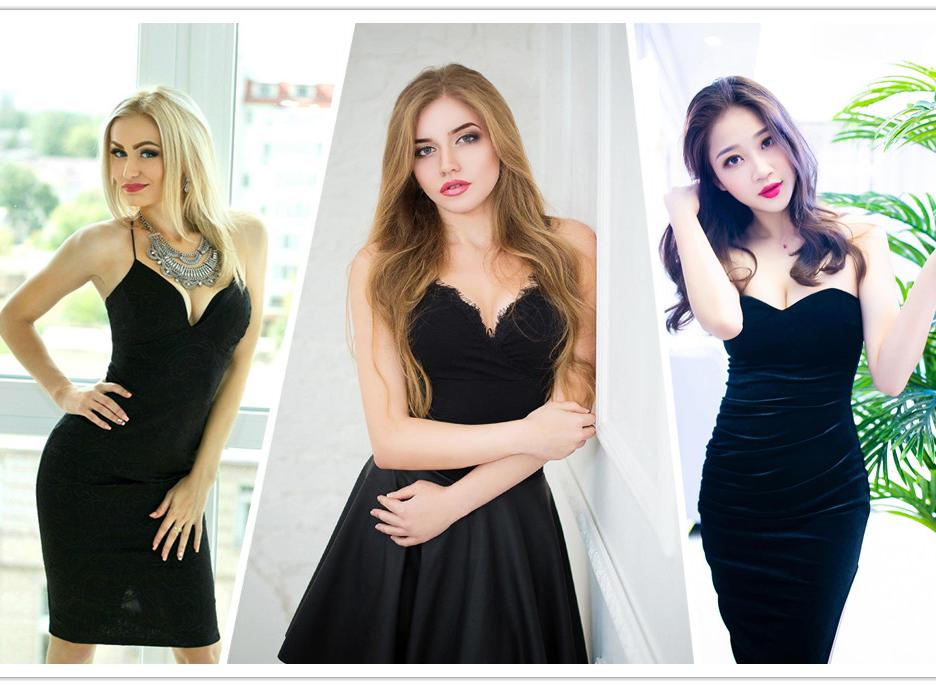 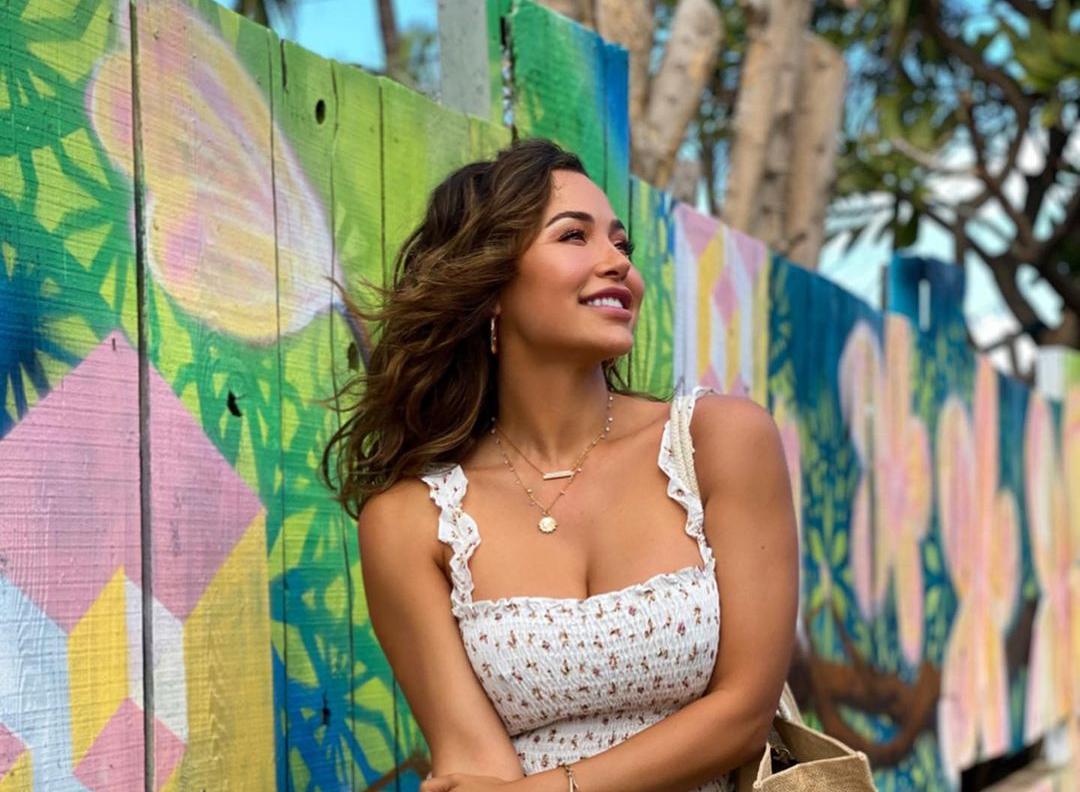